The Consumer Advocate for Insurance was appointed by the Legislative Assembly of New Brunswick to monitor the practices of insurers, brokers and agents, while serving as an advocate for consumers. She is an officer of the Legislative Assembly and is independent of government. The primary mandate of the Consumer Advocate is to represent the interests of consumers.

Our office is unique in Canada. We assist consumers with their questions or problems regarding any type of insurance…. And it’s free!

Don’t forget to CONSULT, COMPARE and CHOOSE your insurance. You are driving!

A good way to save money is to shop, shop and shop around. Also ask questions and compare!

The office of the Consumer Advocate for Insurance has the responsibility to respond to requests for information with respect to insurance and to carry out investigations as a result of complaints received from consumers. The office also has the responsibility to develop and conduct educational programs with respect to insurance for the purpose of educating consumers.

We trust that this website will be one of the means that will allow us to reach these objectives. We want it to be not only a means of communication but also a tool for the education of the consumers.

We invite you to send us your concerns, your comments and your questions regarding insurance matters.

Are you having insurance problems? Do you need an advocate on your side? Contact the Consumer Advocate's office for the province of New Brunswick. We are here to help you with any type of insurance issues. It's free and confidential. We are your insurance ombudsman. 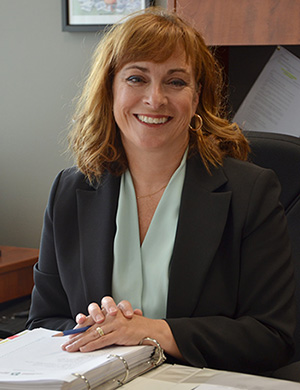 Michèle Pelletier was nominated in December 2016 to be the consumer advocate for insurance. Pelletier officially assumed her office on Feb. 1, 2017. Ronald Godin was the first Consumer Advocate.

Michèle Pelletier received a Bachelor’s degree in nursing from the Université de Moncton in 1989 and a Bachelor of law from the same university in 1992. She is a barrister-solicitor and has been a member of the Law Society of New Brunswick since June 1994. She was a lawyer with Plourde and Arseneault in Dalhousie from June 1994 to April 1996, and a lawyer at Arseneault and Pelletier since April 1996, where she also managed the office. She practiced law in both official languages and successfully argued many cases involving insurance, family, and contract law. She has been vice-chair of the WorkSafe NB Appeals Tribunal since 2015. She also sat on Service New Brunswick’s board of directors, where she became familiar with the operations of provincial agencies and commissions. Pelletier has been a member of the Association des juristes d’expression française du Nouveau-Brunswick since 1994, of the Compensation Fund Committee since 2010 and of the Real Property Review Committee of the Law Society of New Brunswick since 2015.

Our mandate is to examine the underwriting practices and guidelines of insurers, brokers and agents, and report the use of any prohibited underwriting practices to the Superintendent; to conduct investigations in relation to insurers, brokers and agents concerning the premiums charged for contracts of insurance and the availability of contracts of insurance; to respond to requests for information with respect to insurance; to develop and conduct educational programs and carry out insurance related tasks or investigations as directed by the Legislative Assembly.

Our office answers about 1200 questions, complaints or problems yearly.

The Consumer Advocate shall